How to achieve a greener power consumption?

Electricity in Norway in short

98% of electricity produced in Norway is renewable energy and most of it comes from hydropower. Many Norwegians might think there is no point in reducing their energy consumption because Norwegian electricity is renewable and has low to no emissions. But is it however that simple?

Are you familiar with Guarantees of Origin (GO)?

The Guarantee of Origin is a scheme that aims to increase the demand for renewable energy and gives the consumers an opportunity to use their consumer power. However, only 24% of Norwegians bought Guarantees of Origin in 2020 (graph 1). 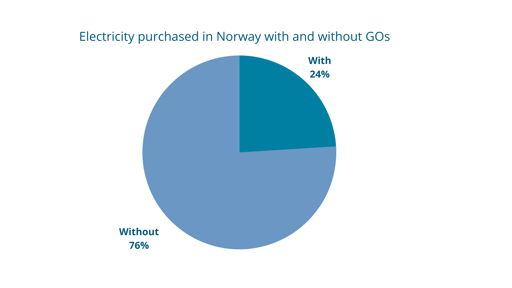 The consequence of buying electricity without a GO

Only 11% of electricity purchases without a Guarantee of Origin come from renewable energy. The rest (89%) comes from fossil fuels (59%) or nuclear power (30%). 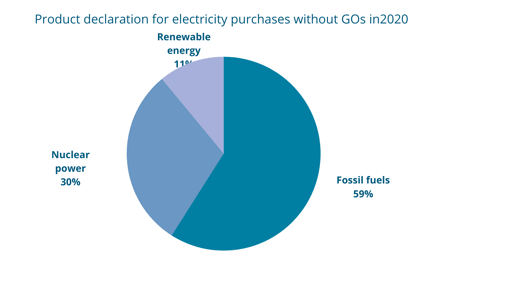 Does it make sense to buy Guarantees of Origin?

Yes, but reducing your total energy consumption has a greater impact and therefore should be prioritised. Being aware of your own energy consumption and not wasting electricity is a good starting point. In order to do so, you can for example turn off unused electrical equipment, charge your car when outside electricity peak hours, and turn off the light when leaving a room.

With this as a basis, the next step may be to purchase electricity with a GO to encourage power producers to increase electricity production from renewable sources. That is when you can say you have done your part for reducing emissions from electricity.

What is the European Attribute Mix (EAM)?

European electricity without a GO is considered to derive from the European Attribute Mix. This energy mix consists of the remaining power (power without GOs) from all European countries and its emissions are calculated each year. For 2020 it was 402 g CO2e/kWh.

The Norwegian electricity with a GO has documented low (nearly zero) emissions from renewable sources.